Harriet Bouslog was a great supporter of civil liberties. Those civil liberties were as specific as the attacks on them. The 1st Amendment to our constitution guaranteed the right of people to peacefully assemble and therefore Harriet attacked the laws of Hawaii that prohibited workers from peacefully assembling to protest working conditions. When the Bar Association attempted to take Harriet’s law license because she had publicly protested the inherent unfairness of the Smith Act Trial, she fought them to the US Supreme Court and prevailed in the case of In Re: Sawyer which now affords lawyers 1st Amendment rights along with the rest of Americans.

Today, we are bombarded by the claims of many that the growth of the federal government has deprived its citizens of their liberty. This should concern us all, or at least it would, if the protesters could connect the conduct of the government to a specific liberty they claim to have had, but now lost. In Harriet’s case, the government action was taking away her right to practice law because she believed the Smith Act was an inherently bad law that sought to punish people for what they had read and thought, rather than their actions.  In other words, the government tried to deprive her of her ability to make a living because of her beliefs.

Today’s protesters, who include civil libertarians, TEA Party members and mere grouches, can’t seem  to put their finger on much of anything that they say they ought to be able to do, but have been stopped by the government. Without a connection to an actual right that has been lost, such as the right to speak freely without the government taking away your ability to earn a living, these protests ring hollow.

So I’m reaching out to our scholarship students to let us know whether there are any rights that you feel you have lost and what you believe can be done to prevent further losses or restore the rights you believe have been taken.

We’re looking forward to your comments. Maybe you’ll choose to defend civil liberties like Harriet did and start your own scholarship fund. If all you do is think hard about the issue, we’ll be happy. 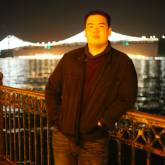